A History of London

The Romans built it, the Angles and Saxons invaded it, the Vikings ravaged it, the Normans conquered it. From its beginnings as a foreign outpost on the banks of the Thames in the first century to, in the twenty-first, the teeming metropolitan sprawl of an extraordinarily cosmopolitan world capital, London has been shaped by successive waves of migration into a marvelous polyglot of a city.The history of London may indeed be a history of printing, the theater, newspapers, museums, pleasure gardens, music halls, international finance, and the novel, but for Stephen Inwood it is a history of the people whose tastes, talents, philosophies, and pocketbooks have created it — and sometimes threatened to destroy it. Drawing on innumerable sources, with as many unfamiliar anecdotes, Inwood tirelessly explores the history of a city defined as much by the mob as the monarch, the laborer as the lord, and shows why, as Samuel Johnson put it, “When a man is tired of London he is tired of life; for there is in London all that life can afford.”

Be the first to review “A History of London” Cancel reply 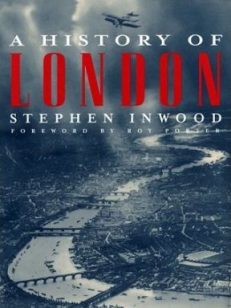 You're viewing: A History of London €15.00
Add to cart
Create a new list