The integration of the world economy is re-ordering the lives of ordinary people and redefining politics. From Washington to Beijing, London to Tokyo, Frankfurt to Johannesburg, politicians are increasingly defined in terms of their attitude towards globalization. But as globalization gathers pace, so does the backlash against it. The world`s economics are poised on the brink of the new century -some like America enjoying steady growth, other In the Far East enduring massive recession and facing political crisis. But the forces pushing globalization – the digitalization of information, falling trade barriers, the universalization of successful management techniques – are real enough. How are we as nation states, and individual citizens, going to cope?

Be the first to review “World Tomorrow” Cancel reply 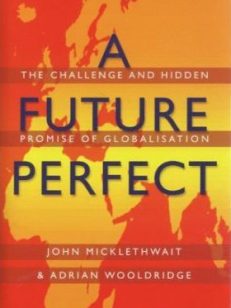