View cart “Heraldika” has been added to your cart.
Juris Kronbergs

An extraordinary cycle of poems – magical, mysterious, sinister, funny – about exile, in which the protagonist, Wolf One-Eye, finds himself in exile from an ancient mythological landscape in a new realm of quarks and expanding and alternating universes. Dislocated and alone, he travels through totally unfamiliar territory, closely observed by the other voice in these poems, that of the poet / narrator. Kronbergs is himself an exile, having grown up as a refugee child in Sweden after the second World War, and this gives an edge to his poetry that is both distinctive and resonant.

Be the first to review “Wolf One-eye” Cancel reply 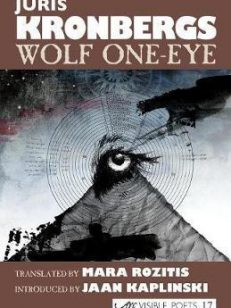