This book gives an unparalleled insight into the organization, day-to-day life and psychology of Wellington’s army, focusing on the characters that Wellington believed could go anywhere and do anything’. Wellington’s Army examines both the leaders and the led; the daily life, manners and customs of the Peninsular Army are explored, drawing on dispatches, general orders and records of court martial, and, to a greater extent, non-official information such as diaries, memoirs and letters. A great deal of literature was produced during this period, written by both commissioned and non-commissioned soldiers. For the soldiers, the campaign became a battle against the Revolution, a kind of crusade, and an attempt to thwart the triple-headed monster of Republicanism, Atheism and Sedition. The soldiers of Wellington’s army were fighting for all that made life worth living – religion, morality, constitution, laws and liberty. 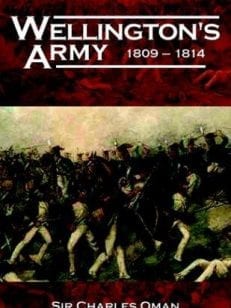