The Queen of Bloody Everything

Have you ever wished for a different mother? Dido has…

Dido Sylvia Jones is six years and twenty-seven days old when she moves from London squat to suburban Essex and promptly falls in love with Tom Trevelyan, the boy next door. It’s not just Tom that Dido falls for, though: it’s also his precocious sister, Harry, and their fastidious, controlling mother, Angela. Because Angela is everything that Edie—Dido’s own mother—is not. And the Trevelyans are exactly the kind of family Dido dreams of: Normal.

Dido wants to be normal more than anything else in the world. But it’s the very thing that Edie can never be, as Dido—and the Trevelyans, including Dido’s beloved Tom—will eventually learn the hard way.

Like the very best families, Joanna Nadin’s The Queen of Bloody Everything is funny, warm, tender and heartbreaking in equal measure. Part love story, it’s ultimately about mothers and daughters: about realizing, however long it takes, that family might be what you make it, but you can’t change where you come from. 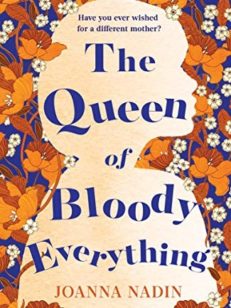 You're viewing: The Queen of Bloody Everything €5.00
Add to cart
Create a new list