View cart “The Dead Place” has been added to your cart.
Mike Lawson

The Inside Ring is the first novel in Mike Lawson’s critically acclaimed series of political thriller starring Joe DeMarco, fixer for the Speaker of the House. It opens with an assassination attempt on the president. He is only wounded, but his best friend and a Secret Service Agent are killed. It turns out that the attack wasn’t without warning. General Andrew Banks, the Secretary of Homeland Security, received a note that the president was in danger, and even more alarming, that Secret Service agents guarding the president had been compromised.

General Banks is reluctant to tell the FBI about the note, partly for self-serving political reasons, and partly because he doesn’t want to damage the Secret Service’s reputation based on something that might very well be a hoax. So he requests help from his friend, Speaker Mahoney, and Mahoney assigns his man DeMarco to determine if the Secret Service was really involved. Moving at a breakneck pace, and packed with plenty of humor and suspense, The Inside Ring is a must-read for fans of political thrillers.

Be the first to review “The Inside Ring” Cancel reply 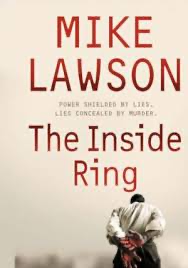 You're viewing: The Inside Ring €5.00 Incl. VAT
Add to cart
Create a new list