The Golden Apples of the Sun

Set the controls for the heart of the sun.

The Captain bent in the warm air, cursing, felt his hands run over the cold machine, and while he worked he saw a future which was removed from them by the merest breath. He saw the skin peel from the rocket beehive, men thus revealed running, running, mouths shrieking, soundless. Space was a black mossed well where life drowned its roars and terrors. Scream a big scream, but space snuffed it out before it was half up your throat. Men scurried, ants in a flaming matchbox; the ship was dripping lava, gushing steam, nothing!

Journey with the century’s most popular fantasy writer into a world of wonder and horror beyond your wildest dreams. 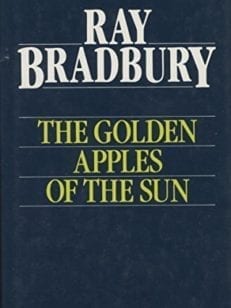 You're viewing: The Golden Apples of the Sun €7.00
Add to cart
Create a new list