The Girl Who Played With Fire

Millennium publisher Mikael Blomkvist has made his reputation exposing corrupt establishment figures. So when a young journalist approaches him with an investigation into sex trafficking, Blomkvist cannot resist waging war on the powerful men behind this lucrative industry. When the journalist and his girlfriend are found murdered in their apartment, Lisbeth Salander’s fingerprints are found on the weapon left at the scene. Now hunted by the entire Swedish police force and officially branded a danger to society, she is forced to go undercover. But how can she prove her innocence? With her computer-hacking skills she is anything but the helpless victim. 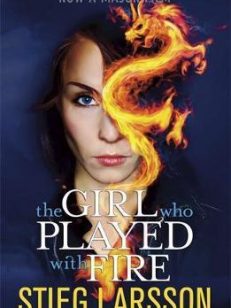 You're viewing: The Girl Who Played With Fire €7.00 Incl. VAT
Add to cart
Create a new list