Warsaw under Russian rule in the late 1870s is the setting for Prus’s grand panorama of social conflict, political tension, and personal suffering. The middle-aged hero, Wokulski, successful in business, is being destroyed by his obsessive love for a frigid society doll, Izabela. Embattled aristocrats, the new men of finance, Dickensian tradesmen, and the urban poor all come vividly to life on the vast, superbly detailed canvas against which Wokulski’s personal tragedy is played out.

Unlike his Western European counterparts, Prus had to work under official censorship. In this edition, most of the smaller cuts made by the Tsarist censor have been restored, and one longer fragment is included as an appendix.

Be the first to review “The Doll” Cancel reply 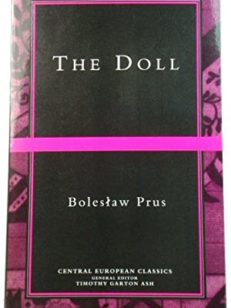