View cart “The Chamber” has been added to your cart.
Stephen Booth

Soon there will be a killing. Close your eyes and breathe in the aroma. I can smell it right now, can’t you? So powerful, so sweet. So irresistible. It’s the scent of death. The anonymous caller who taunts the Derbyshire Police with talk of an imminent killing could be just another hoaxer. The macabre descriptions of death and decomposition could be someone’s sick fantasy. But after listening to the voice, so eerily calm and controlled as it invites the police to meet the ‘flesh eater’, Detective Diane Fry is certain she’s dealing with a killer ! And it may already be too late to save the next victim. DC Ben Cooper, meanwhile, is looking into Derbyshire’s first case of body snatching. It is an investigation that will take him into the world of those whose lives revolve around the dead and their disposal, from funeral directors to crematorium staff and a professor whose speciality is the study of death.

Be the first to review “The Dead Place” Cancel reply 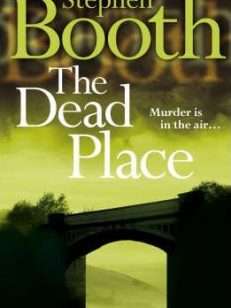