In a small crumbling resort in the Crimea, two men meet after many years apart. Kotler has fled Jerusalem with his young lover after taking a decision which has now cost him everything. Yet the other, Vladimir, would rather discuss the distant past: a long time ago, Kotler was betrayed and imprisoned – and now there must be a reckoning. With the world on his trail, Kotler would like nothing better than to hide. However, the consequences of decisions old and new return to haunt him . . .

‘Very impressive. As gripping as a political thriller, but probes issues of loyalty and betrayal more deeply than most thrillers ever aspire to do’ James Wood, New Yorker, Books of the Year

Be the first to review “The Betrayers” Cancel reply 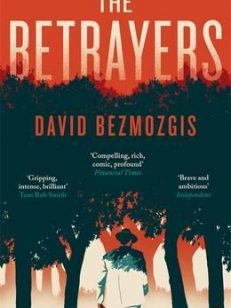 You're viewing: The Betrayers €8.00 Incl. VAT
Add to cart
Create a new list