Since the end of the Cold War there has been an increased interest in the Baltics. The Baltic States brings together three titles, Estonia, Latvia and Lithuania, to provide a comprehensive and analytical guide integrating history, political science, economic development and contemporary events into one account. Since gaining their independence, each country has developed at its own pace with its own agenda and facing its own obstacles. The authors examine the tensions accompanying a post-communist return to Europe after the long years of separation and how each country has responded to the demands of becoming a modern European state. Estonia was the first of the former Soviet republics to enter membership negotiations with the European Union in 1988 and is a potential candidate for the next round of EU expansion in 2004. Lithuania and Latvia have also expressed their desire for future membership of NATO and the EU.

Be the first to review “The Baltic States : Estonia, Latvia and Lithuania” Cancel reply 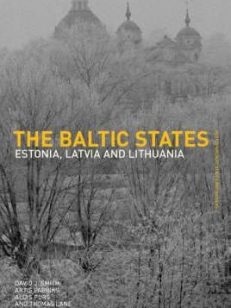 You're viewing: The Baltic States : Estonia, Latvia and Lithuania €44.00
Add to cart
Create a new list