From the infamous Glasgow slum, the Gorbals, Tam Clay chronicles a week in his life, in the last days before the demolishers move in. Intersecting friends, old-timers and eccentrics, navigating his pregnant wife, frisky bedfellows and debt collectors, Tam stumbles through a derelict world on an odyssey of self-discovery. Wildly funny, outlandish and insanely ambitious – thirty years in the writing – Torrington’s pulverised ’60s Glasgow is crammed to the crevices with a blizzard of his unique and insatiable genius.

An “energetic, irreverent and very funny” (New York Times Book Review) first novel set in Glasgow during a single week in the late sixties. Publishers Weekly, in a starred review, called it “a rich Scotch broth of language, steaming with metaphor…and pungent dialect.” Winner of Britain’s Whitbread Book of the Year Award.

Be the first to review “Swing hammer swing!” Cancel reply 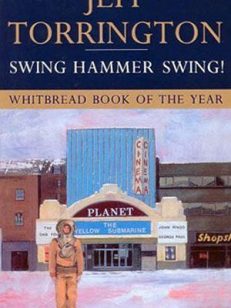