THE BOURNE IDENTITY: He has no past. And he may have no future. His memory is blank. He only knows that he was fished out of the Mediterranean Sea, his body riddled with bullets. There are a few clues: evidence that plastic surgery has altered his face, a Swiss bank account containing four million dollars, and a name: Jason Bourne. But he is marked for death, racing for survival through the layers of his buried past into a world of murderous conspirators – led by the world’s most dangerous assassin, Carlos. And no one can help Bourne but the woman who once wanted to escape him. THE BOURNE SUPREMACY: In a Kowloon Cabaret, scrawled in a pool of blood, is a name the world wanted to forget: Jason Bourne. The Chinese vice-premier has been slain by a legendary assassin. World leaders ask the same fearful questions: Why has Jason Bourne come back? Who is the next to die? But US officials know the truth: there is no Jason Bourne. The name was created as cover for David Webb on his search for the notorious killer Carlos. Someone else has taken the Bourne identity and unless he is stopped, the world will pay a devastating price. So Jason Bourne must live again.
THE BOURNE ULTIMATUM: The world’s two deadliest spies in the ultimate showdown.Two men, each mysteriously summoned by telegram, witness a bizarre killing. The telegrams are signed Jason Bourne. Only they know Bourne’s true identity and understand the telegram is really a message from Bourne’s mortal enemy, Carlos, the world’s deadliest and most elusive terrorist. And they also know that he wants a final confrontation with Bourne. Now David Webb must do what he hoped he would never have to do again – assume the terrible identity of Jason Bourne. 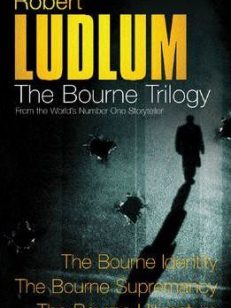