With the building of the railroad and the settlement of the plains, the North West was opening up. The Klondike stampede was a wild interlude in the epic story of western development, and here are its dramatic tales of hardship, heroism, and villainy. We meet Soapy Smith, dictator of Skagway; Swiftwater Bill Gates, who bathed in champagne; Silent Sam Bonnifield, who lost and won back a hotel in a poker game; and Roddy Connors, who danced away a fortune at a dollar a dance. We meet dance-hall queens, paupers turned millionaires, missionaries and entrepreneurs, and legendary Mounties such as Sam Steele, the Lion of the Yukon.

Pierre Berton’s riveting account reveals to us the spectacle of the Chilkoot Pass, and the terrors of lesser-known trails through the swamps of British Columbia, across the glaciers of souther Alaska, and up the icy streams of the Mackenzie Mountains. It contrasts the lawless frontier life on the American side of the border to the relative safety of Dawson City. Winner of the Governor General’s award for non-fiction, Klondike is authentic history and grand entertainment, and a must-read for anyone interested in the Canadian frontier. 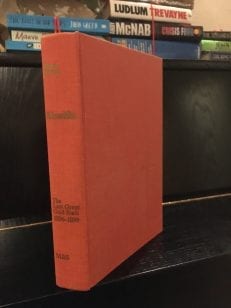