Tricked by the uncle who has stolen his inheritance, young David Balfour is kidnapped and bound for America. Or at least that was the plan, until the ship runs into trouble and David is rescued by Alan Breck Stewart, fugitive Jacobite and, by his own admission, a ‘bonny fighter’. Balfour, a canny lowlander, finds an echo of some wilder and more romantic self in the wilful and courageous Highland spirit of Alan Breck. A strange and difficult friendship is born, as their adventures begin.

Kidnapped has become a classic of historical romance the world over and is justly famous as a novel of travel and adventure in the Scottish landscape. Stevenson’s vivid descriptive powers were never better than in his account of remote places and dangerous action in the Highlands in the years after Culloden.

‘A cracking tale of low skulduggery and high adventure, Robert Louis Stevenson’s Kidnapped has enthralled generations of readers since its first publication in 1886. A book for thrill-seekers of all ages, this romp through Jacobite Scotland is a true classic.’ Sunday Herald

‘A delicately balanced book, expertly controlled, sharply focused, and written with an affectionate irony. It is perhaps the finest of Stevenson’s novels.’ Jenni Calder

Be the first to review “Kidnapped” Cancel reply 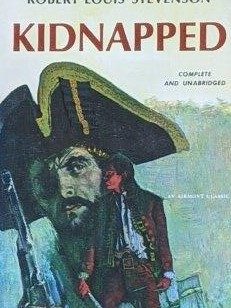