“Jerome Charyn is one of the most important writers in American literature.” –Michael Chabon “One of our finest writers.” –Jonathan Lethem “One of our most intriguing fiction writers.” –O, The Oprah Magazine “Charyn skillfully breathes life into historical icons.” –New Yorker Jerzy Kosinski was a great enigma of post-World War II literature. When he exploded onto the American literary scene in 1965 with his best-selling novel The Painted Bird, he was revered as a Holocaust survivor and refugee from the world hidden behind the Soviet Iron Curtain. He won major literary awards, befriended actor Peter Sellers (who appeared in the screen adaptation of his novel Being There), and was a guest on talk shows and at the Oscars. But soon the facade began to crack, and behind the public persona emerged a ruthless social climber, sexual libertine, and pathological liar who may have plagiarized his greatest works.
Jerome Charyn lends his unmistakable style to this most American story of personal disintegration, told through the voices of multiple narrators–a homicidal actor, a dominatrix, and Joseph Stalin’s daughter–who each provide insights into the shifting facets of Kosinski’s personality. The story unfolds like a Russian nesting doll, eventually revealing the lost child beneath layers of trauma, while touching on the nature of authenticity, the atrocities of WWII, the allure of sadomasochism, and the fickleness of celebrity. Jerome Charyn is the author of, most recently, A Loaded Gun: Emily Dickinson for the 21st Century, Bitter Bronx: Thirteen Stories, I Am Abraham: A Novel of Lincoln and the Civil War, and The Secret Life of Emily Dickinson: A Novel.

Be the first to review “Jerzy : A Novel” Cancel reply 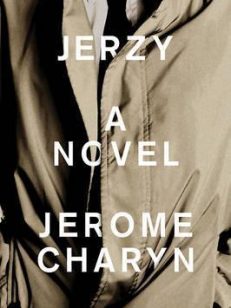