One of the first and greatest of the English Renaissance architects, Inigo Jones was an unlikely candidate to change the landscape of British style and design. Yet this self-taught son of a Smithfield cloth worker was to bring classicism to England and his surviving buildings – including the the Banqueting House in Whitehall and the Queen’s House at Greenwich – remain testaments to his talent. A difficult, troubled man he revolutionised British architecture by introducing the classical forms he had discovered on his journeys to Italy. Alongside his architecture, Jones was also instrumental in designing the elaborate costumes and settings of Jacobean court masques, often in collaboration with the poet Ben Jonson, with whom he had a long and bitter rivalry. These extravagant and costly masques became a symbol of the spendthrift, self-absorbed Stuart monarchy and Jones was seen as guilty by association when Civil War was declared in 1642. Forced to take refuge from the rampaging Parliamentary forces, he was finally arrested in 1645 and stripped of his property. In 1649, Jones learnt that the King had been executed in front of the Banqueting House that he had designed for him.
Jones himself died three years later.

Be the first to review “Inigo” Cancel reply 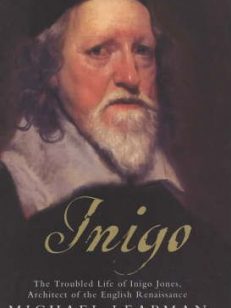