How I Stopped Being a Jew

Shlomo Sand was born in 1946 in a displaced persons camp in Austria, to Jewish parents; the family later migrated to Palestine. During his life, Sand came to question his Jewish identity, even that as a ‘secular Jew.’ With this meditative and thoughtful mixture of essay and personal recollection, he articulates the problems at the centre of modern Jewish identity. How I Stopped Being a Jew discusses the negative effects of the Israeli exploitation of the ‘chosen people’ myth and its ‘holocaust industry’. Sand criticises the fact that, in the current context, what ‘Jewish’ means is, above all, not being Arab and reflects on the possibility of a secular, non-exclusive Israeli identity, beyond the legends of Zionism. 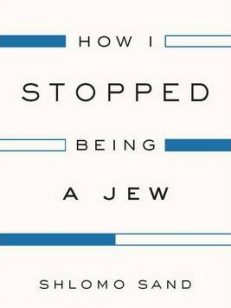 You're viewing: How I Stopped Being a Jew €7.00 Incl. VAT
Add to cart
Create a new list