The rise and fall of the Taiping “Heavenly Kingdom” in mid 19th-century China was one of the most violent events in human history. Led by Hong Xiuquan, a religious visionary and failed civil servant, the Taipang Rebellion cost at least 2 million lives. Hong had a dream in which he ascended into heaven and met his “elder brother” Jesus Christ. He returned to earth charged, he believed, to destroy the “demon devils” who did not share his beliefs. His preaching soon attracted followers, arms and money. After a succession of battles, massacres and sieges, Hong’s army seized power over a vast territory. From his capital, Nanjing, Hong ruled his kingdom for 11 years, playing his rivals off against each other. Eventually his army lost its morale and Nanjing was surrounded and besieged. Hong died after eating poisonous herbs, followed by the fall of Nanjing and the rounding up and execution of the surviving Taiping leaders. 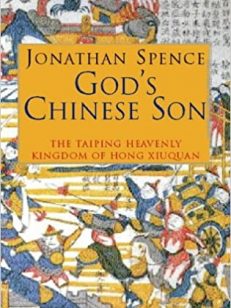