Pierre Tardivel is a scientist working on the Human Genome Project with the Nobel Prize winner, Dr. Burian Klimus. A driven man, Pierre works with the awareness that he may not have long to live: he has a fifty-fifty chance of dying from Huntington’s disease, an incurable hereditary disorder of the central nervous system. While he still has his health, Pierre and his wife decide to have a child, and they search for a sperm donor. When Pierre informs Dr. Klimus of their plan, Klimus makes an odd but generous offer: to be the sperm donor as well as to pay for the expensive in vitro fertilization. Shortly thereafter it transpires that Klimus might be hiding a grim past: he may be Ivan Marchenko, the notorious Treblinka death-camp guard known as Ivan the Terrible.

While digging into Klimus’s past with the help of Nazi hunter Avi Meyer, Pierre and his wife discover that Pierre’s insurance company has been illegally screening clients for genetic defects. The two lines of investigation begin to coverage in a sinister manner, while they worry about the possibility of bearing the child of an evil, sadistic killer . . .

Be the first to review “Frameshift” Cancel reply 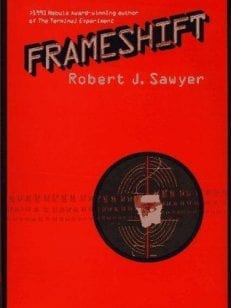 You're viewing: Frameshift €4.00
Add to cart
Create a new list