View cart “Germany 1945: From War to Peace” has been added to your cart.
Peter, Pigott

An ancient Arab proverb states, “When Allah made the Sudan, he laughed.” Had he known the country’s future, he would have done better to cry. To most of the world, Sudan means Darfur and the tragedy of atrocities and ethnic cleansing that has occurred there. Canada’s first involvement in Sudan was in 1884, when Canadian voyageurs were recruited to help rescue General Gordon, who was besieged in Khartoum by the Mahdi. Canada in Sudan introduces Canadians to this massive, troubled nation, telling the story from ancient times through to the modern era and the work of Canadian archaeologists, aid organizations, and Canadian Forces military observers deployed to Sudan as part of Operation Safari.

On March 30, 2007, Minister for Foreign Affairs Peter MacKay said, “Sudan is an almost perfect storm of conflict, dislocation, underdevelopment, and brutality.” Perhaps he was confirming that Canada will be in Sudan for a very long time.

Be the first to review “Canada in Sudan” Cancel reply 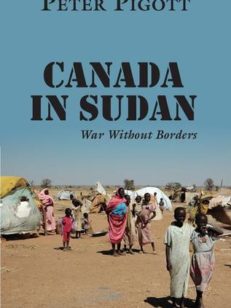 You're viewing: Canada in Sudan €11.00
Add to cart
Create a new list