Cage, Nick, and Harper appear to be the archetypal sons of the ideal American family of the 1960’s and 70’s. The firstborn, Cage, is the golden boy-star athlete and scholar, adventurous, handsome, and preternaturally popular; Nick is the quiet, late-blooming middle son, and Harper, 10 years younger, chases after his older siblings, trying not to be left out. With the tragic death of Nick in the 1980’s, the break- down of the family begins. Cage’s guilt triggers incipient mental illness, and the next two decades find him swinging between mania and depression, between grim institutions and comebacks. Harper, who achieved early success on Wall Street, is torn between wanting to help his brother and seeking escape from his ghosts via an endless stream of woman.

Be the first to review “Cage’s Bend” Cancel reply 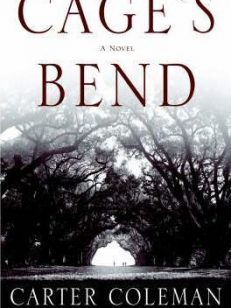