In the period covered here (1960-75) Isaiah Berlin creates Wolfson College, Oxford; John F. Kennedy becomes US President (and is assassinated); Berlin dines with JFK on the day he is told of the Soviet missile bases in Cuba; the Six-Day Arab-Israeli war of 1967 creates problems that are still with us today; Richard M. Nixon succeeds Johnson as US President and resigns over Watergate; and the long agony of the Vietnam War grinds on in the background.

At the same time Berlin publishes some of his most important work, including Four Essays on Liberty – the key texts of his liberal pluralism – and the essays later included in Vico and Herder. He talks on the radio, appears on television and in documentary films and gives numerous lectures, especially his celebrated Mellon Lectures, later published as The Roots of Romanticism.

Behind these public events is a constant stream of gossip and commentary, acerbic humour and warm personal feeling. Berlin writes about an enormous range of topics to a sometimes dazzling cast of correspondents. This new volume leaves no doubt that Berlin is one of the very best letter-writers of the twentieth century. 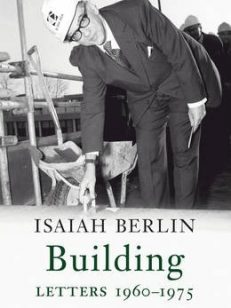